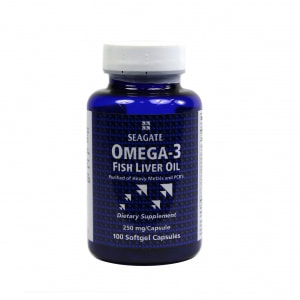 Seagate has resumed shipments into the State of California.  Seagate discontinued all shark fishing operations in 1999. The cartilage and the livers are received from local fish fillet plants, where a low volume of shark meat is processed for food in the local grocery stores.

Benefits:
Seagate Shark Liver Oil has one of the highest natural levels of Omega 3 fatty acids in the world as determined by the Canadian Institute of Fisheries Technology at Dalhousie University  Halifax, Nova Scotia. Omega 3 fatty acids DHA and EPA are important components of the brain and nervous system. Deficiencies in these fatty acids have been noticed in studies involving people with such nervous disorders. In addition, studies have shown that regular consumption of omega 3's from fish oil is very important for maintaining a healthy heart and circulatory system.

Composition:
Seagate Shark Liver Oil (SLO) has a 30% composition of omega-3 fatty acids, which include EPA (eicosapentaenoic acid 9.1%) and DHA (docosahexaenoic acid 16.1%). This is considered to be a very high level for fish oil. In addition, this SLO contains trace (.1%) amounts of squalene.

Processing:
Seagate performs the entire oil extraction, separation, and purification process in our own plant. We have developed a chemical-free methodology that removes all contaminants and yields pure oil. Unfortunately since human beings use the oceans for waste-dumping, it is inevitable that heavy metals (lead, cadmium, arsenic and mercury), pcbs, and pesticides will show up in the meat and livers of the higher-order marine predator species such as sharks and tuna. While it only takes 30 minutes of boiling to separate out the oil from the shark livers, it requires 3 days of processing and distillation in Seagate's factory to remove all these contaminants to less than 1 part per trillion. Independent laboratory-testing of Seagate's shark liver oil can find no detectable level of heavy metals, pesticides, pcbs or other contaminants. Seagate initiated a year-long project in 2001 to make use of this valuable component of the shark that had been previously discarded,and to set up the processes that would remove all levels of contaminants such that they would be below 1 part per trillion, which is lower than the independent laboratory's ability of detection. 1% Natural vitamin E is added as an antioxidant stabilizer.

Purity:
Seagate SLO is 100% pure, and contains no other ingredient other than natural vitamin E.

Uniqueness:
While there are other brands of SLO on the market, it is rare for a company to process their own raw material. Most health food companies purchase their oils in bulk from dealers, contributing little more than their label and marketing. Seagate is a fishing company that makes use of each valuable component of the shark the meat, the cartilage, and the livers.

Value:
Seagate Shark Liver Oil contains more than three times the omega-3 fatty acid concentration of some competing brands. In addition, Seagate SLO bottles are available in 100 and 200 capsule quantities, representing a two to three month supply at economical pricing. Seagate can provide the consumer with value because we do not purchase our raw materials from dealers.

Application:
In 1985 the famous 20-year Zutphen study, published in the New England Journal of Medicine, firmly established how important that eating a variety of fish on a regular basis is to maintaining cardiovascular health. A 1998 study by Harvard and Mass. General Hospital doctors published in the Journal of the American Medical Association concluded,  consumption of fish at least once per week may reduce risk of sudden cardiac death. Seagate Shark Liver Oil (SLO) is an excellent source of the Omega 3 fatty acids that are considered an essential nutritional support for the heart and circulatory system.

Suggested use:
​Take one to two capsules per day. This product is available in easy to swallow soft gel capsules. 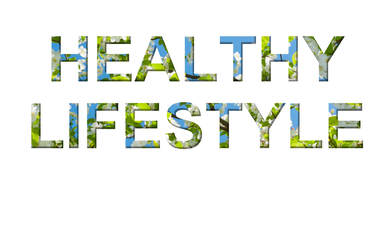